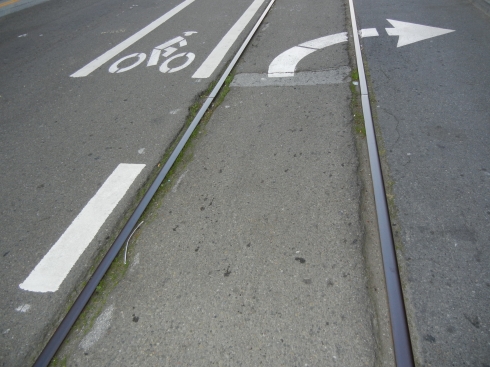 The attorneys at Walker, Hamilton & Koenig, LLP recently achieved a $675,000 settlement on behalf of a client who was severely injured in a bicycle accident . The client, a young woman and a successful attorney, had been riding in a marked bicycle lane on a street in the SOMA neighborhood of San Francisco. The bicycle lane striping invited cyclists to transition to a right-hand turn lane over a severely deteriorated section of roadway that contained a retired railroad track. The young woman followed the direction of the bicycle lane striping and her tire suddenly became stuck in a deteriorated rut, causing her to fly over her handlebars and fall head first to the ground. As a result of her fall, she suffered a concussion and a severe elbow fracture. She required surgery in order to implant a prosthetic portion of bone in her elbow, and she spent several months off work recovering.

The attorneys at Walker, Hamilton & Koenig, LLP filed suit against the City and County of San Francisco and Caltrain, alleging a negligent failure to inspect and maintain the roadway and to repair its deteriorated condition. After defeating a motion for summary judgment, the case settled prior to trial for $675,000. In addition to the recovery, the attorneys at Walker, Hamilton & Koenig, LLP negotiated with Caltrain for the removal of the retired railroad track from the roadway and the repair of the roadway deterioration. This work was completed prior to the settlement and cyclists now enjoy a smoother and safer section of road. 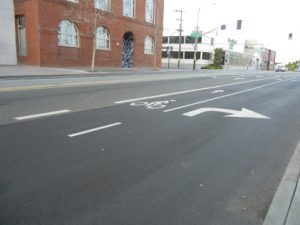