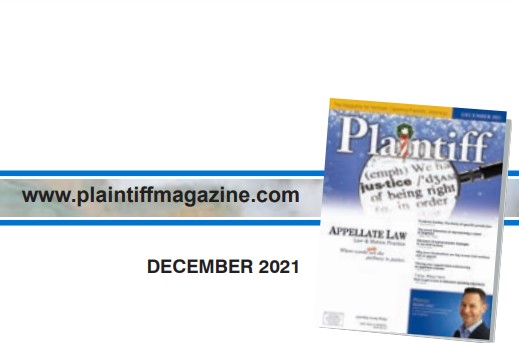 The Ethical and Moral Dilemmas of Representing a Client in Litigation

Thus spake Phyllida Erskine-Brown (nee Trant), brilliant but strait-laced pupil of Horace Rumpole, the irascible London barrister at the center of John Mortimer’s stories and novels about life at the Bar. For those of you who have not seen the British television series Rumpole of the Bailey or read the stories on which the series was based, I highly recommend you seek them out. Mortimer, an accomplished barrister himself, provides insights into trial lawyering that simply cannot be found in any of the instructional or inspirational guides that are so ubiquitous today. And he provides more than a few laughs along the way.

The fictional Phyllida, who rose quickly through the ranks to become a valued member of Rumpole’s chambers, then a Queen’s Counsel, and ultimately a judge, was not saying that Rumpole did not know what he was doing. She was saying that Rumpole may not know the letter of the law (as she did), but he damn well knew what was right and wrong.

Knowing that is often easier in concept than in practice. Suppose you are picking a jury with limited challenges and an extremely short time to question and otherwise get to know a prospective juror. Suppose you know something about the prospective juror’s culture and know that culture is unfavorable to your client’s interest. Suppose, as is often the situation, the prospective juror has not actually said anything that would give you cause to challenge her. It is, as we all know, as we teach our children, wrong to stereotype. But you are a lawyer and you have a duty to do the best you can for your client, to make your best effort to obtain a beneficial outcome for your client. Is it all right then to employ a stereotype?

I do not have an answer for you. I merely offer this as an example of how difficult some of our moral dilemmas can be in representing a client in litigation.

Let us return to Rumpole, an advocate dedicated to his clients, most of whom are criminals or at least accused of criminal conduct. Bearing the self-imposed motto of “Never plead guilty,” he is secure in the belief that the presumption of innocence is the “golden thread of British Justice.” But what if his client really is guilty? Is he duty-bound to his client or is he honor-bound to society? Rumpole’s position is that everyone deserves a defense and that is what makes the system work. Certainly, one can imagine the consequences if a person were to be determined guilty without having the opportunity to defend himself. Certainly, all of us have been made aware of the myriad convictions that have been obtained against those who did not have full benefits of “the system,” including a meaningful presumption of innocence.

When the defendant did nothing wrong

What about those of us who do not practice criminal law? We do not have a legal, moral, ethical obligation to defend the heinous as well as the innocent. Rather, we create litigation, bring lawsuits, make accusations. That is the way our “system” works. We file the suit and then we establish the details. So, does that give us free rein to say things that are not true about another person or entity in the hope that maybe we can get something out of it? The simple answer is no, but what if we change the equation a bit and ask, do we have free rein to say things that we do not know to be true in the hope that our badly damaged client can get something out of it? Isn’t it our job to seek recourse from whoever could be responsible for our client’s condition – and don’t we often not know the particulars of responsibility until discovery is underway?

There are, occasionally, times when the discovery process makes us realize that a defendant did not do anything wrong, was not negligent, should not be held responsible. And yet who among us is going to say, “No, don’t pay my client?” Would that be a moral thing to do?

Like Rumpole, most of us push the boundaries. To a certain degree, that is inherent in our aspect of the profession. We file unverified pleadings, get blanket denials of most everything we contend, and then start asking questions and making demands to get the facts and, we hope, the truth.

The three truths in litigation

Ah, the truth. In one of my earlier novels (Rules of the Knife Fight, Harper & Row, 1986), I wrote that there are three truths in litigation: There is what the plaintiff says happened, what the defense says happened, and what the jury says happened; and if the case goes to trial, the only truth that counts is the one the jury determines. Does such an outlook pave the way for us to say or do anything that will get us the jury vote?

After all, we use experts, don’t we? Often, maybe even usually, highly paid experts. If we don’t like what the expert has to say, we don’t disclose that person – we call him or her a consultant, protected by attorney-work-product privilege. But first we might try to persuade that expert to see things our way. Some experts are more susceptible to such persuasion than others.

Few trial lawyers would think there is anything wrong with this. We are trying to do the best job we can for our clients.

And it is not as though our colleagues on the other side are without recourse. Indeed, given the burden of proof requirements, defendants are not bound by the same strictures as plaintiffs. I was interviewed recently for a documentary about a well-known case I tried involving an avalanche at a ski area. The interviewer told me that one of the defense counsel had said that the trial went on for as long as it did (four and a half months) because they were just trying to get to “the truth.” I burst out laughing on camera. Defense counsel were not trying to get to the truth. They were trying to win. That was their job. And as long as they were not suborning perjury or hiding evidence, they had every right to try to keep us from meeting our burden.

Chips at the law, chips at procedure, chips at court orders occur on both sides. Counsel might present arguments in opening statements. They may tell the jury things they do not intend to introduce into evidence in the hope that they will gain an initial advantage and in the expectation that the jury will not remember by the time they get to the end of the case.

In closing argument, where more leeway is given (e.g., feel free to quote the Bible or Shakespeare or Abraham Lincoln), and more restrictions are supposed to be applied because the court already has ruled on jury instructions and the admissibility of exhibits, counsel still may try to get away with what they can, confident in the belief that many judges are loath to interfere with or allow interference with closing arguments for fear that speaking critically to counsel at the end-point of trial may indicate the judge’s own feelings as to which way the jurors should vote.

ls all fair in trial and war?

Does any of this mean that there really are no boundaries, that all is fair in trial and war? None of it should. For every abuse, there is a potential remedy or penalty: formal, as in objections, reprimands, sanctions; informal as in embarrassment. No lawyer wants to be embarrassed, not in front of a jury, not in front of a client. No lawyer wants to be spoken of contemptuously by an opponent. As for the free-talking expert, such witnesses are to be used at the hiring attorney’s peril. Once exposed in front of a jury as being less than credible, a designated expert can tank an otherwise worthwhile case. In our efforts to obtain compensation for our client, do we really want to run that risk?

Rumpole knew the system might bend, might flex, and he considered it his duty to work those bends and flexes. But, despite his “never plead guilty” credo, he would on occasion enter a guilty plea when he knew for a fact that his client had committed the crime of which he/she was accused. His objective was not to break the system, but to make it work. For all his cantankerous bravado, Rumpole knew there were lines to be drawn between what is right and wrong. May all of us do the same.

Previous Article: How a Trial Lawyer Writes a Book
Next Article The Joy Of Prosecuting Civil Cases
Steps to Expect
What Sets Us Apart
Results